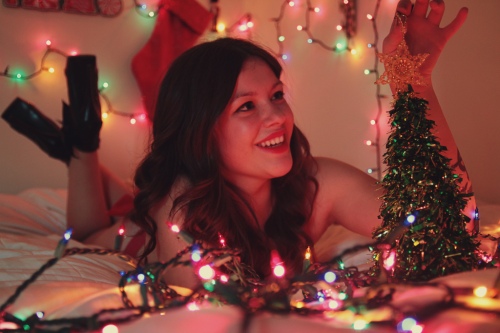 It seems like there’s been a clear divide this Christmas between those who have been waiting eagerly for their other half to wrap up their sparkling Michael Kors watch, or those who have had the surprise of finding an engagement ring under the tree. My Facebook and Twitter feeds have been packed with people who were showing off their rings with excitement, or those who just had to tell the world that “the boy done good” in getting them the watch with the most bling on the market.

It’s not that I’m jealous in any way, it’s just that I am amazed by the sheer numbers of people who have been overwhelmed by these rather underwhelming gifts. I don’t mean to sound harsh, but for the girls who have requested a Michael Kors watch, it is time to get some taste and to stop following the crowd. But that is not what is bothering me, I’m more concerned about the countless girls who have become engaged this Christmas when they are only in their early twenties!

Society seems to have gone full circle, from years ago when girls were married off when they were teenagers and thought to be on the shelf beyond their 30’s, to the era of independent women putting their careers ahead of their love lives, back to young marriage – but this time through choice. So, what has caused this? What is pushing these young women to get engaged at 23 before they have had a chance to see the world, before they have really established their careers or even discovered who they really are?

Of course, there is always the chance that these young women really are “the marrying kind” and have just always dreamt of marrying the man of their dreams, settling down and having a family – but there are several of these girls, who I have known for years, who once dreamt of a career and moving away or travelling the world. It leaves me wondering if in fact they have just taken a look at the world around them and taken the easy route by settling. It’s a sad thought, that these girls might be sacrificing their own hopes and dreams for the easy route simply because they have taken a good look at the world around them and have seen the bad. They’ve spotted the recession, the lack of jobs, the redundancies, the terrorism and the horrifying things happening around them instead of seeing the beauty and excitement of exploring the world, finding yourself and having adventures.

I just don’t understand the rush to settle down and have children when you are still just a child yourself – I have my life pretty together with a career plan, a long-term boyfriend and plans for the future – yet none of them include engagement rings, children or mortgages. I see the world as an open book with opportunities to travel, work abroad and develop my career before I think about settling down. In a world where those with children and mortgages are struggling to make ends meet, where people are losing their jobs or failing to even find work and support their families, why would you want to thrust yourself into adulthood prematurely?

What is the rush? If you really love someone and genuinely believe you will be together forever, why hurtle into marriage when you can enjoy living life and having amazing experiences together rather than  having a wedding that you could be paying off for a long time? There are just so many amazing things you could be doing with your twenties and I firmly believe that marriage is for your thirties.

You could head off to Thailand or Australia at a moment’s notice, do work experience or placements, up sticks and move across the country to start a new life, retrain in something new, have a one-night stand, share a house with five other people, live on your own, quit your job and go on a massive party holiday with your mates, tour the US with no money, work abroad, buy a car, go off and find yourself or whatever you want! I’m happy for my friends who have married young or recently become engaged, because for some it has been vital to their circumstances and they really have been in love and ready to settle down. But for others, I can’t help but wonder is it just the ‘safe’ option? And will these people spend their lives wondering, what if?