This post is about something that has been bothering me since the weekend when I watched Blackfish – The Documentary for the first time. I know, I’m a little late to the party, and that people were going on about this months ago – as did I after watching the news footage of Dawn Brancheau’s death atSeaWorld and reading about various other incidents. I was horrified at the time and watching this documentary has brought back those feelings of disgust for the way these beautiful creatures are being treated. The response to my tweet on the topic showed me that it is still very much in the minds of people and made me realise it is important to keep it this way to prevent this from happening again.

I am absolutely fascinated by nature and the world around us – trust me, I am David Attenborough’s biggest fan and loved hearing Doug Allen talk of how he had captured these incredible animals on camera. But the reason I love watching these programmes so much is because these film-makers and the scientists who go into the field to study these animals do so from afar. The most important part of their studies is to do so without interfering with the animal in its natural habitat. This, to me, seems the most important thing.

So it is with huge embarrassment and  shame that I admit that my family were once, several years ago, among the thousands who visit SeaWorld while holidaying in Florida. I hate to think that we were among those funding this selfish and despicable business that has caused killer whales and probably several other creatures such pain. The only thing I can hope will redeem us for contributing to the problem is that even then, I remember my mum and I saying to each other we didn’t like it and we didn’t think it was right. Sadly by then it was too late, we had already helped pay the wages of these trainers and the owners. I must also point out that had these incidents happened before, or had I been old enough to be aware of the treatment of these animals, I would not have gone.

The documentary was incredibly hard-hitting – well filmed, cutting together news footage, personal footage of trainers in action, live interviews and more. I would seriously recommend watching it, whether you have any interest in the subject or not. Some of the footage is seriously shocking as you see the killer whales in action – both hurting each other and their trainers. But what is far more horrifying is hearing the interviews with former trainers and those involved with SeaWorld who allowed this to happen repeatedly and who covered it up. This interwoven with clips of incidents where trainers have been dragged into the water and nearly drowned with others where people have been crushed or chased. It is very scary and really brings the whole issue home to audiences. I found myself holding my breath and almost in tears when watching it – it was just so graphic.

Two issues really stood out for me when watching and these are the ones I am going to focus on in this post – otherwise I know I could write all day and all night on this topic.

These animals are so magnificent when swimming naturally in their own environment, in natural family pods and hunting their prey – being wild as nature intended. It is awful that these animals have been hunted down by cruel people who just want to make money out of them without think of the animal’s needs. The fact that these trainers, businessmen and investors hadn’t for one second thought that the treatment these killer whales are receiving – squashed into tiny pools with no way of escape from the natural attacks of the females, and forced to listen to their own cries rebounding on the pool walls around them – might cause them to become agitated and threatened is simply ridiculous. These people make themselves out to have the animal’s best interests at heart and to be the experts – yet they fail to realise that these forced conditions can cause animals to become even more unpredictable and dangerous. It is scary to think that these people are all that the whales know and they have obviously come to associate humans with pain and suffering – but what effect this could have on humans if we were to jump in the tank.

At the end of the day these animals are unpredictable, wild animals who, no matter how long you spend on training, cannot be trusted to react in a specific way. As humans are unpredictable and can be dangerous if they panic (take a look at mass crowd panics and see what I mean) so are killer whales – the clue is in the name! But is that any reason to try and pin the blame on the animal?

SeaWorld and various other companies involved appear to be trying to pin the blame for these attacks on the trainers and the whales – but how is this acceptable? After the horrible treatment they have received with inhumane living conditions and forcing them to behave unnaturally, how can we possibly blame the animal for striking back out of frustration and fear? And while I believe the trainers are as much to blame to enabling this to continue, I think it is completely inexcusable to tarnish their memory by blaming the incidents on them when it was merely the animal behaving unexpectedly. It’s about time the owners of SeaWorld owned up and took responsibility for their actions, and realised the lifetime of suffering they are forcing these animals into. 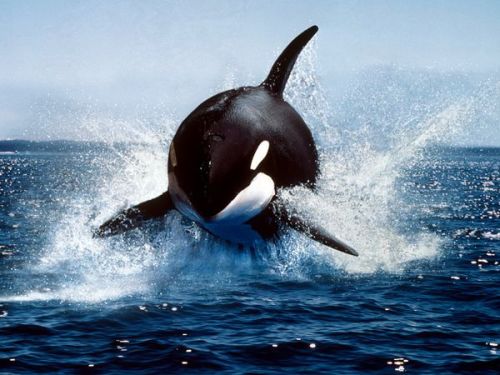 All I know is that the only time I ever want to see these beautiful creatures in front of me again is either in photographs or from a boat on the open sea. I would truly love the experience of going whale and dolphin watching at sea – to see them in their natural habitat as they should be.

Sorry, I know this post ended up being a bit of a rant, but I just felt so strongly about it. I would love to know your thoughts on the topic – why not leave me a comment below?

Also, here are links to some of the petitions available to sign if you want to do more than just talk about it: